Democrats Are Getting Destroyed In Key Senate States 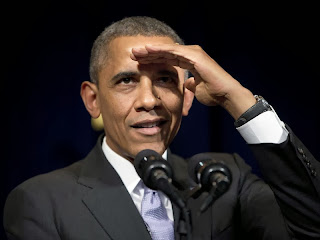 Democrats Are Getting Destroyed In Key Senate States

Republicans have a large, 8-point advantage among voters in states with Senate races, according to a new Washington Post/ABC News poll released Tuesday.

Democrats hold a slight edge in the overall generic congressional ballot. But in the key battle for the Senate, Republicans lead the generic ballot by a 50-42 margin in states with a 2014 Senate race.

Republicans need to pick up six seats in November to retake control of the Senate, something that could instantly make President Barack Obama a lame duck president of sorts in his last two years.

Overall, 36 Senate seats are up in 2014: Twenty-one seats are currently held by a Democratic incumbent and 15 seats are held by a Republican.

The new poll doesn't provide any insight into specific Senate races, but polls have shown that the chamber is ripe for a Republican takeover. Republicans are already very likely to win open Senate seats in South Dakota and West Virginia, deep red states where long-time Democratic incumbents are retiring.

Meanwhile, there are clear opportunities for pickups in Alaska, Louisiana, Arkansas, Michigan, Montana, North Carolina, and New Hampshire. The only competitive states Republicans need to defend are the seats of Minority Leader Sen. Mitch McConnell in Kentucky and a Georgia seat to be vacated by the retiring Sen. Saxby Chambliss.

The new Washington Post/ABC poll showed that Democrats' perceived advantage on key issues is not carrying over to a structural advantage on the ballot. Voters trust Democrats more than Republicans on handling health care (44-36), immigration (44-36), energy policy (43-35), and helping the middle class 47-34).

But Obamacare remains deeply unpopular with the public. Only 38% approve of how Obama is implementing the federal health-care law, while 57% disapprove.