Obama gets tough with Israeli leaders during interview 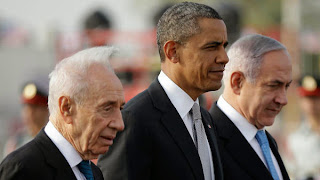 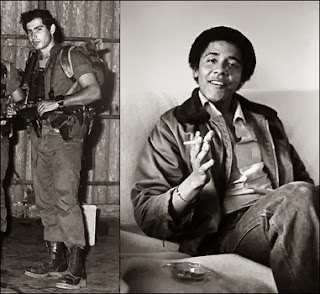 Obama gets tough with Israeli leaders during interview

Netanyahu (left) was a warrior, while Obama was a leftwing community activist, during their early adulthood.NewswithViews

President Barack Obama told an Internet publication on Sunday that Israeli Prime Minister Benjamin Netanyahu is making it more and more difficult for him and his administration to continue backing Israel against those nations and activists trying to isolate it from the international community if the Kerry-led Israeli-Palestinian meetings fail to achieve a meaningful peace.

During his interview with Bloomberg View, Obama claimed that he is urging Israel's Prime Minister to give the White House and State Department enough leeway in testing the Iranian government's honesty regarding their nuclear program. Iranian officials have claimed they are working a non-military project when it comes to that Islamic nation's nuclear program.

However, Obama admitted that Israel's leaders are suspicious of the West's diplomatic engagement with Tehran.

"In fact, more than a few U.S. military analysts have criticized Obama for his alleged display of weakness and wishful thinking when dealing with international crises," said a former intelligence officer now a corporate security director, Thomas V. Harnish.

Obama told Bloomberg that a peace deal between Israel and the Palestinians appears to be more and more unlikely, and he called on the Jewish State to work with Secretary of State John Kerry in attempting make the peace talks successful in achieving a lasting peace.

Obama said his "message to Netanyahu in a White House meeting scheduled for Monday would be: 'If not now, when? And if not you, Mr. Prime Minister, then who?'"

During his Bloomberg interview, Obama warned that "if peace talks fail and Israel presses ahead with expansion of Jewish settlements on occupied land in the West Bank, then Washington would have limited ability to protect it from international fallout."

Israel is facing a global boycott as well as a divestiture juggernaut that are successful in European nations and on university campuses in the United States.

"Is it just me or do other Americans see a president who is timid and lax in his dealings with Iran, Russia, and Muslim nations while he attempts to bully a nation like Israel that is and has always been our ally?" asked political strategist and attorney Mike Baker.