NJ considering bill that would ban many rifles 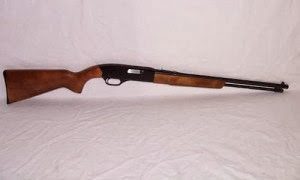 NJ considering bill that would ban many rifles

On Monday, the New Jersey Assembly's Law and Public Safety Committee is scheduled to hold a public hearing about a bill that reduces the maximum magazine from capacity from 15 to 10, but in effect goes even further. Since the legislation covers both detachable and fixed magazines, it has the effect of banning popular, low-caliber rifles.

The Association of New Jersey Rifle and Pistol Clubs gave the draft legislation to top firearms experts in the country to determine what guns would fall under the expanded ban.

They discovered that the bill would affect tube-fed, semi- automatic rifles because the magazine cannot be separated from the gun.

Thus, the experts found that at least 43 common rifles would suddenly be considered a prohibited "assault firearm," such as the .22 caliber Marlin Model 60, Remington Nylon 66 and Winchester 190.

Just having one such gun would turn a law-abiding owner into a felon overnight.

Possession of an "assault firearm" is a second-degree crime in New Jersey. The penalty is up to 10 years in jail and a mandatory minimum sentence of three to five years, with no chance of parole.

"This bill is a gun ban, there's no question about that," Scott Bach, the executive director of the Association of New Jersey Rifle and Pistol Clubs, told me in an interview.

"If it becomes law, it would have zero impact on crime because criminals don't follow bans. It would only affect legal gun owners by essentially tying their hands when they need to defend their lives."

Even worse, the bill has no grandfather clause and no amnesty period. So as soon as this legislation becomes law, everyone in possession of these rifles is automatically a felon and the guns are subject to seizure by the government.

Mr. Bach said, "For years anti-gun Democrats have claimed that they have no agenda to ban and confiscate guns. But last year their true agenda was revealed on that hot mic. This bill is another step in that process."

The timing of this drastic legislation is not by accident. New Jersey Democrats are determined to make Gov. Chris Christie squirm. Their objective is to make the potential Republican presidential candidate choose between local emotional pleas and national pro-gun voters.

State Senate President Steve Sweeney has had families of Newtown, Conn., school shooting at public events over the past few weeks to encourage passage.

It's most likely that this radical bill will pass the Assembly and the Senate in the next few months. So, Mr. Christie's veto power is the only thing that can stop the outright attack on gun owners and the Second Amendment.