British Foreign Secretary William Hague visited Kiev on Sunday afternoon to show solidarity with the new Ukrainian government in its showdown with Russia.

But a journalistic scoop on Monday seemed to prove that Hague’s demonstration was, in fact, totally hollow. The U.K. has no intention of backing Ukraine with force, if an internal government memo is any indication.

Russia invaded Ukraine’s Crimea region—without firing a shot—in the final days of February. The U.S. and Europe are scrambling to formulate some kind of coherent response. Amid this tumult, a British civil servant was photographed holding briefing notes for U.K. ministers.

The memo lists decision points. They include lobbying NATO against considering military action. The memo also advises ministers not to support trade and banking sanctions against Russia.

The British position on the Ukrainian crisis differs starkly from the strong message coming from Washington and other NATO members. The U.S. in particular is making an aggressive stand. Secretary of State John Kerry said that the West would “go to the hilt” to isolate Russia. He threatened Moscow with measures including booting Russia out of the G8 plus other economic sanctions. 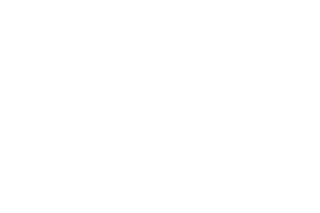 Britain’s position is now closer to Germany’s. Berlin is also reluctant to punish Russia. Chancellor Angela Merkel is against economic sanctions including ejecting Russia from the G8. Rather than take military steps, Germany has suggested sending an E.U. or OECD fact-finding mission to the Crimea instead.

E.U. foreign ministers held a crisis meeting on Monday. Their statement reflected the divisions within the bloc, as highlighted by The Telegraph’s Bruno Waterfield.

Based on the U.K. government’s briefing notes, it may be that Britain joined Germany in trying to water down the E.U.’s statement—especially on the overall tone and what sanctions, if any, Europe might impose in an attempt to boot Russia out of Ukraine.

The U.K.’s new position could reflect regional pragmatism. The U.K. is relying more on natural gas imports—heavily from Norway and Qatar—as domestic production declines. A threat of force from London could tempt Russia to limit supplies to Europe. With prices already spiking by 10 percent, that would tighten the market and hurt British consumers.

Europe is diversifying its gas imports, but Russia still accounts for 30 percent overall.

The U.K. is also benefiting from an influx of capital from Russian businesses using London’s banks as a safe haven. Russian oligarchs now own English soccer teams as well as many well-known addresses in London’s upmarket areas. The crisis has already dented several Russian companies’ plans to launch IPOs in London.

The U.K. economy could suffer hard from rising commodity prices coupled with a fragile stock market shaken by events in Russia and Ukraine. London has adjusted accordingly, choosing money over a hard moral stance against the Russian invasion of a sovereign state.