The West is led by the weaklings the Left wanted

The West is led by the weaklings the Left wanted

It is not clear what the Left is complaining about over items such as Ukraine and Syria. In Britain, Europe and the United States they all swooned over Barack Obama. They got the weakling they wanted. So, what's their problem? 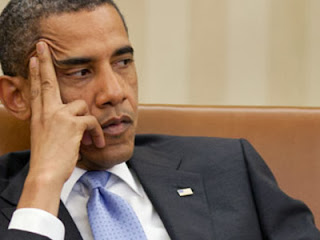 Over in the United States, the attempt by foreign-policy enthusiasts in the Democratic Party to distance themselves from the train wreck that is the Obama administration has been gathering pace for some time now.

Finally, it is starting to happen in Britain and Europe too where, after Syria, Ukraine and many other instances, the leading lights of the political Left seem to have woken up to the fact that Western leadership isn't quite what it might be these days.

"One of the alarming features of the crisis on Ukraine's Crimean peninsula is the staggering confidence with which Vladimir Putin is pursuing his agenda there and in eastern Ukraine," reads the opening paragraph of the Observer's editorial on Sunday.

Actually, there's nothing staggering about it all, unless you have about six years of baggage to shed over your support for Barack Obama. Putin clocked Obama for the weakling he is from day 1. All we're seeing from the Russian leader is more of what we have seen over Syria, Iran and a host of other cases, except that Ukraine is right in Putin's own back yard.

"One thing is certain," the Observer says, "the current crisis presents the biggest threat to security in Europe since the Balkan wars, and western leaders, including Obama and David Cameron (who has spoken to Putin on the phone), have hardly been impressive in their response, demonstrating a weak grasp on the events unfolding. For now, Putin is ahead of the game. It is time for the international community to catch up."

Quite what they're complaining about isn't clear. In Barack Obama they have precisely the "Leader of the Free World" they always wanted. He embodies all that they stand for, and all that they are.

He does not believe in the primacy of Western values. Neither do they. He therefore sees no reason to show leadership around the world. Neither do they. He has downgraded and diminished the U.S. military as a consequence. The Left applauds. He shows weakness to the mullahs in Iran. The Left praises him for his diplomacy. He worships dictatorship-friendly bodies like the UN. The Left cheers him as a peacemaker.

You can't have it both ways. If you want a weak-kneed, apologetic, bleeding heart Western leadership don't feign surprise when the likes of Vladimir Putin fail to take you seriously.

Defenders of Obama point to his drone strikes as evidence that he's not quite the soft touch his critics make him out to be. But that's foreign and defence policy reconstituted as a video game. Even Obama can act all tough and macho when the worst thing that can happen to him is a demonstration in Peshawar after he's accidentally taken out a wedding party.

Drop the virtual reality and he's wandering in traffic.

Weakness is policy, and the world's dictatorships have taken note. The only question now is how much more damage can be done before this disastrous presidency finally comes to an end.