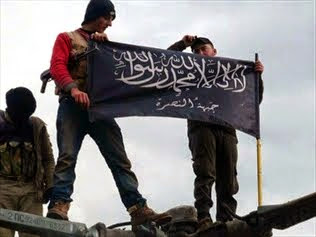 AN extremist group fighting against President Bashar al-Assad's regime in Syria has been listed as a terrorist organisation by the Australian government.

Attorney-General Mark Dreyfus used the country's anti-terrorism laws to make the declaration against Jabhat al-Nusra, saying the group was supplied with weapons, recruits and equipment by al-Qaeda in Iraq.

Jabhat al-Nusra, also known as the al-Nusra Front, has a history of suicide attacks and bombings in Syria, and was not part of the recognised Syrian opposition movement, he said on Friday.

Its listing as a terror group makes it illegal to be a member of or recruit members to the group, or receive training from the organisation. The offences apply to anybody in Australia and Australian citizens living abroad.

"This organisation was listed following careful consideration of advice from security agencies for the purposes of the Criminal Code," Mr Dreyfus said in a statement.

"The Australian government deplores the violence and suffering that is occurring in Syria."

The listing also makes it an offence to give funds or to get funds from Jabhat al-Nusra, with those found guilty facing up to 25 years in jail.