If so, no doubt about who’ll lose that one.

Following a number of tweets making threats to kill white people if George Zimmerman is acquitted of murdering Trayvon Martin, a former Chicago police officer warns that the outcome of the case could spark race riots in cities across America. 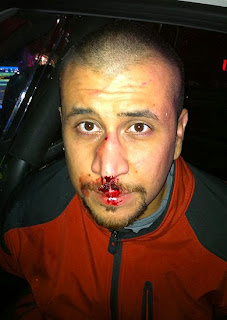 As Infowars reported yesterday, following the woeful performance of Rachel Jeantel, the state’s so-called “star witness,” a number of Twitter users took to the social network to express their intention to kill white people in retaliation for Zimmerman going free.

Tweets included remarks such as “If Zimmerman get off ima shoot the first #hispanic/white I see,” and “If they don’t kill Zimmerman Ima kill me a cracka.”

In an article entitled, America Will See Its Worst Race Riot Yet This Summer, Crime File News’ Paul Huebl remarks that the case against Zimmerman should never have been filed in the first place and that when the trial inevitably collapses with Zimmerman’s acquittal, “I fully expect organized race rioting to begin in every major city to dwarf the Rodney King and the Martin Luther King riots of past decades.”

Huebl is a licensed private detective and a former Chicago police officer.

“If you live in a large city be prepared to evacuate or put up a fight to win. You will need firearms, fire suppression equipment along with lots of food and water. Police resources will be slow and outgunned everywhere,” writes Huebl, adding, “America may see some combat related population control like we’ve not seen since the Civil War. Martial Law can’t be far behind complete with major efforts at gun grabbing.”

Huebl is not the only prominent voice to express fears that the outcome of the trial could lead to widespread social disorder.

Columnist and former senior presidential advisor Pat Buchanan warned last month that, “The public mind has been so poisoned that an acquittal of George Zimmerman could ignite a reaction similar to that, 20 years ago, when the Simi Valley jury acquitted the LAPD cops in the Rodney King beating case.”

Political Strategist Charles D. Ellison also warns that, “There is the risk of a flashpoint as intense as the aftermath of that fateful Los Angeles police brutality verdict in 1992,” if Zimmerman walks free.

“At that time, many underestimated the potential for social unrest. And a bit over 20 years to the date, many could be making the same miscalculation at this very moment. The ingredients are there in Sanford and they loom large nationally, from an economy barely managing its own recovery to an unemployment rate that’s much higher than it should be, particularly for African-Americans,” adds Ellison.

Some are even asking whether the law should be ignored and Zimmerman convicted simply to avoid race riots.

“Regardless of whether or not Zimmerman acted in self defense, a large segment of the population, particularly the black population, are demanding Zimmerman be punished. And if they don’t have their demands satisfied, it is possible they might riot,” writes a poster at the Aesops Retreat forum. “So would it be appropriate to consider potential riots when deciding on whether or not to prosecute Zimmerman? Or should justice be blind and follow the rule of law?”

Critics of the attempt to convict Zimmerman have cited numerous points of evidence which clearly suggest Zimmerman acted in self-defense and that the case against him was built largely on the back of contrived racial politics.

- Photos taken after the incident show Zimmerman with a bloody nose and lacerations to the head, suggesting he had been physically attacked by Martin;

- NBC News edited a 911 tape of Zimmerman’s call to the police to falsely depict him as a racist;

- Prominent black figures like Spike Lee and Jesse Jackson immediately portrayed the incident as an assault on the black community, stirring racial tension;

- President Barack Obama got involved in the case on the side of Trayvon Martin by stating, “If I had a son, he’d look like Trayvon.”

- A police report suggested Zimmerman had been flat on his back during the altercation and an eyewitness said that Martin was sat on top of Zimmerman beating and pushing him down;

- A responder at the scene said Martin’s knuckles were bloodied, suggesting he had injured Zimmerman with a punch;

- The lead investigator on the scene, Officer Christopher Serino, wrote that Zimmerman could be heard “yelling for help as he was being battered by Trayvon Martin.”

If some form of social disorder, be it limited or widespread, does ensue should Zimmerman walk free, authorities will be well prepared. The Department of Homeland Security recently put out another order for hundreds of items of riot gear in order to prepare for “riot control situations.” The federal agency has also committed to buying around 2 billion rounds of ammunition over the course of the last year.

Paul Joseph Watson is the editor and writer for Infowars.com and Prison Planet.com. He is the author of Order Out Of Chaos. Watson is also a host for Infowars Nightly News.