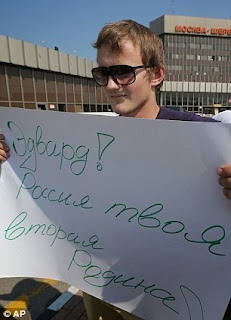 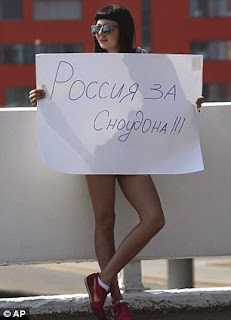 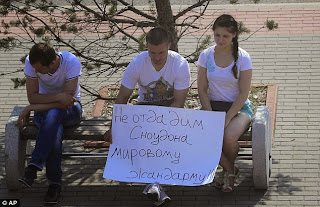 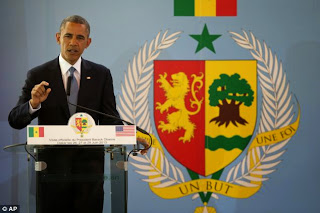 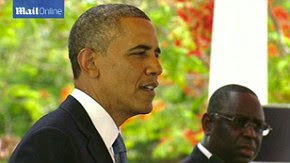 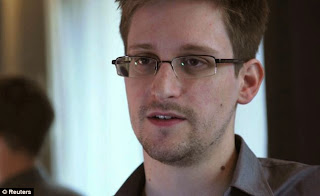 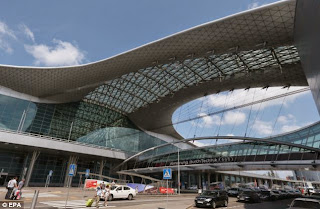 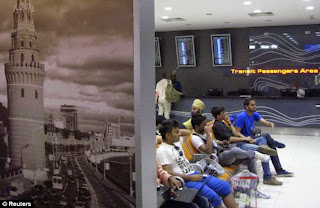 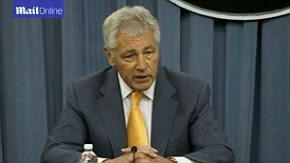 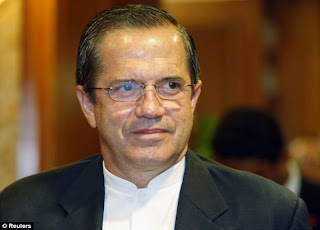 The true extent of the security threat posed by NSA whistleblower Edward Snowden is 'unknown', according to a top government aid, as it is revealed the White House is unsure what secret files he possesses.

The revelation came as a new batch of highly classified documents was made public across the internet yesterday, revealing how the U.S. government has collected online data in bulk.

Fugitive leaker Mr Snowden, who worked as an undercover computer specialist with the CIA before contracting with the National Security Agency, remains in the transit area of Sheremetyevo Airport, in Moscow. He had been expected to fly to Cuba but has not reportedly left Russia.

Support: Snowden supporters hold posters outside Sheremetyevo, airport in Moscow that read: 'Edward! Russia is your second Motherland!' (left) and, 'Russia is for Snowden!'

Russian and foreign journalists continued to monitor the Sheremetyevo international airport, where Snowden is believed to remain at the transit zone. This poster reads: 'We will not give Snowden to world gendarme!'

Quoted in an ABC News article, Mr Rhodes said Snowden had already compromised 'very classified programs' by leaking secret files to three newspapers and by taking files out of the country.

Rhodes said it was still believed that Snowden was carrying the classified files on his person.

The government adviser said there were 'strict protocols' for how to handle classified information.

Officials in the U.S. are actively trying to determine which documents have been accessed by the former contract worker, carrying out forensic audits of computers and systems Snowden had used.

But there are fears the computer specialist may have hidden his tracks so well at the National Security Agency that it will be impossible to identify exactly what was copied.

The intelligence community is also in the process of assessing the potential damage to national security relating to leaked information so far.

Mr Snowden was expected to fly to Cuba on Monday, having booked a ticket from Moscow, but he did not board the plane. It is believed he may be having difficulties with his documents since the U.S. revoked his passport.

Meanwhile, supporters of Snowden's campaign have gathered outside Moscow's Sheremetyevo Airport, holding up posters which say: 'Russia is for Snowden!', 'We will not give Snowden to world gendarme!' and 'Snowden we are with you!'

Despite the U.S. urging Russia to extradite him immediately, President Vladimir Putin has refused, saying there is no extradition treaty with the U.S., and Snowden has not committed any crimes in his country.

Defiant: Speaking from his trip to Senegal, President Obama said the U.S will not be 'scrambling jets' to seize Edward Snowden, saying Russia should hand him over through proper legal channels

Obama: I'm not 'wheeling and dealing' for Snowden

Until he leaves the airport, he must remain in the transit area, which serves both connecting passengers traveling via Moscow to onward destinations and passengers departing from Moscow who have passed border and security checks.

For such a long stay, he must have secured a transit visa from a consulate operating in the zone.

Exiting the area would either require boarding a plane or passing through border control. Both require a valid passport or other identification; the U.S. has revoked Snowden's passport. The next possible flight to Cuba is Saturday.

President Obama has said he won't engage in any 'wheeling, dealing and trading' to get NSA leaker Edward Snowden extradited from Russia to the United States.

'I'm not going to be scrambling jets to get to a 29-year-old hacker,' the president said of the whistleblower during his trip to Dakar, Senegal yesterday.

Speaking dismissively of the situation, Obama said that he has not personally called Putin or Chinese President Xi Jinping to request they extradite Snowden, adding: 'I shouldn't have to.'

He said that the documents leaked by Snowden have had their effect but that the government has responded that the surveillance programs are conducted legally and with proper oversight.

He added that Snowden's story has the makings of a big-screen spy film or a 'made-for-TV movie'.

Mix up: Hong Kong officials have said they were unable to help the U.S. with NSA whistleblower Edward Snowden as extradition papers listed his middle name as 'James' rather than 'Joseph'

The comments come after it emerged that the U.S. embarrassingly failed to extradite Snowden from Hong Kong after using the wrong middle name on papers.

Provisional arrest warrant documents listed his middle name as James, whereas it is Joseph. In other papers, he was just called Edward J. Snowden, Hong Kong's Secretary of Justice Rimsky Yuen said.

When Hong Kong asked the U.S. for clarification last Friday, they failed to respond in time for officials to stop Snowden's flight to Russia on Sunday.

'Until the minute of Snowden's departure, the U.S. government hadn't yet replied to our requests for clarification,' Yuen told the Wall Street Journal. 'Hong Kong's government had no legal basis to block his departure.'

It is believed he hopes to seek asylum in Ecuador, a process which could take months.

Hideout: He is in the transit area of Sheremetievo airport in Moscow after flying from Hong Kong on Sunday

No sign of Snowden: Passengers wait in the transit area of the airport where Snowden has been for days

Ecuadorean Foreign Minister Ricardo Patino compared Snowden's case to that of Julian Assange, the founder of WikiLeaks, who has been given asylum in the Ecuadorean Embassy in London.

Snowden, who is charged with violating American espionage laws, fled Hong Kong on Sunday and flew to Russia.

Russia only acknowledged his arrival only on Tuesday, when President Vladimir Putin said Snowden was still in the transit zone of Moscow's Sheremetyevo Airport.

Foreign Minister Sergey Lavrov confirmed that he remained there on Wednesday.

Snowden had also booked a seat on a Havana-bound flight on Monday en route to Venezuela and then possible asylum in Ecuador, but he failed to board the plane.

Despite U.S. officials called for Snowden to be extradited immediately, but Russia said it would not as they have no extradition treaty with the country and Snowden has not committed a crime in Russia.

Hagel on Snowden: Russia should do the right thing

'He hasn't violated any of our laws, he hasn't crossed our border, he is in the transit zone of the airport and has the right to fly in any direction he wants,' Lavrov said.

Asked if Ecuador would provide protection to Snowden while considering his request for asylum, Patino said through a translator that if Snowden 'goes to the embassy, then we will make a decision.'

Patino refused to say what criteria his government would use, but added that it would 'consider all these risks', including whether it could hurt trade with the U.S. and damage Ecuador's economy.