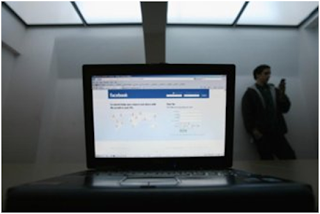 Edward Snowden's leaks on US intelligence has brought to our attention the extent of government data mining. Now Australian citizens are calling for the Government to take a more transparent approach to what have been longstanding and secretive practices, writes Michael Brissenden.

Revelations about the scale of so called metadata mining by the United States through its controversial PRISM program have thrown the focus on Australia's role in the collection of and access to online data and the information collected by the US program in particular.

What is clear is that in the modern digital era there is a lot more information available to the security community. And it remains true that Australia is one of the most important cogs in the global security network run by the United States. The so called 'five eyes' relationship is as important as it ever was and our responsibility within that is as important and significant as ever.

This is a longstanding security and intelligence partnership. We have a responsibility for contributing to the network from our own region - most notably south east Asia - but the information in the system is then available to any one of the 'Five Eyes' countries - the US,  The UK, Australia, Canada and New Zealand.

The digital age has seen an explosion of information - so much so that the Australian Government has had to build a new self-contained data storage faculty on the outskirts of Canberra.

The government continues to insist that all the information shared between the US and Australia is  subject to strict oversight.

But intelligence and political sources have confirmed to the ABC that intelligence collected by the PRISM program is routinely passed on to Australian security organisations and that "our agencies will not turn away any communication if it is seen as a security threat no matter where it's from or how it's gathered."

Any tip-offs or relevant security concerns passed on by the US are now examined by the Counter Terrorism Control Centre established in 2010 and run by ASIO that includes representatives from the AFP, the Defence Signals Directorate and ASIS. And sources say that as a result of data mining operations it is now even easier for Australian security organisations to obtain the content of communications involving Australians and foreign nationals.

To further act on that and continue to monitor Australians of concern our agencies must seek ministerial approval. In the case of ASIO that is approval from the Attorney General. The ABC understands that between 500 and 700 requests have been made by ASIO and granted by the AG in recent years.

But the metadata explosion has raised broader questions for some.

The leak by Edward Snowden has shown that the National Security Agency in the United States is actually collecting millions of electronic communications from the systems of Google, Facebook, Apple and other US internet giants and from the Verizon phone company. This is all contributing to the huge pool of data that is now stored and who can access it.

The question that's been asked here is does the same arrangement apply between Australia's Defence Signals Directorate and our own telecommunications companies like Telstra, Optus and iinet? And what about the NBN? Has the Australian Signals directorate made an arrangement with the NBN to conduct internet surveillance on Australians?

Clinton Fernandes, an intelligence analyst who worked for some years with Defence Intelligence is one those who believes it's a pretty safe bet to assume we do much the same here as the Americans do with the NSA.

"It's a reasonable deduction that the DSD is doing exactly the same thing as the NSA because of the bilateral relationship we've got," he said.

In the Senate independent Nick Xenophon has asked the Government on a number of occasions to spell out the extent and the specifics of Australia's intelligence agencies surveillance activity.

The Government says it stands by longstanding practice that it doesn't comment on matters of National Security.

But the internet and our increasingly connected lives have fundamentally changed citizens' relationship with government and many are now asking for a more transparent approach to longstanding practice.