US Park Police Lost Thousands Of Guns? Did They Check Eric Holder's Closet?

Did They Check Eric Holder's Closet? US Park Police Lost Thousands Of Guns? 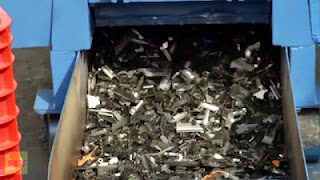 This is just additional proof that the federal government does not do anything particularly well. According to the Inspector General of the Interior Department The US Park Police (who take care of national parks and national monuments) lost track of hundreds of firearms.  I know for a fact they aren't in my garage or basement. Perhaps Eric Holder took them, in these days of tight budgets it has become harder for him to afford guns to give his Mexican Drug Cartel friends.  Or perhaps the guns are hiding in the same place those missing Obamacare savings are hiding.

According IG's report, investigators discovered 1,400 guns that were supposed to have been destroyed. An additional 198 handguns donated to the Park Police by the Bureau of Alcohol, Tobacco, and Firearms that are not reflected in official records are being housed in a building in Southeast D.C. There is no evidence that the wayward guns have found their ways into the hands of criminals, but the report noted that the Park Police might not be aware if they had.

In another instance, the agency in October 2011 sent a list of 18 pistols, shotguns and rifles it described as lost or stolen to a national database. But it never launched an internal investigation. The guns, it turned out, had been destroyed or given to other agencies — or they were still in Park Police possession, according to the report. One Remington shotgun remains missing.

“Commanders up to and including the chief of police have a lackadaisical attitude toward firearms management,” wrote Mary L. Kendall, the deputy inspector general. “Historical evidence indicates that the indifference is a product of years of inattention to administrative detail.”

Back in  2008 and 2009 the IG did a similar study and found a similar problem.  The issue was never fixed, and scalded the agency's managers for a "decade-long theme of inaction and indifference."

A spokesman for the National Park Service, which manages the Park Police, said that Teresa Chambers, the chief of the Park Police, will implement the IG's recommended fixes "without delay."

"I have no tolerance for this management failure," said Park Service Director Jonathan B. Jarvis in a statement. "The safety and security of our visitors and employees remain our highest priority."

Sure a government agency doing something without delay...I will believe it when I see it.

Please email me at yidwithlid@aol.com to be put onto my mailing list. Feel free to reproduce any article but please link back to http://www.jeffdunetz.com