In the plays of Shakespeare, it is pretty obvious when a coup happens.  At a time when most of the political power was in a king, when one man deposes (or murders) a king and takes his place (as when Henry Bolingbroke usurps the throne of Richard II and reigns as Henry IV), that’s a coup.

In the American system of government, in which political power is (or was) very widely dispersed, coups are much less obvious.  In fact, a total Coup d’état in the United States can only be the result of a long series of smaller, partial ones.  In Man vs. the Welfare State, Henry Hazlitt describes 20th century political developments in the United States as a series of usurpations:

“As [the power of government] has increased, it has also become concentrated in fewer and fewer hands.  In America … the States [have lost power] to the Federal Government, and Congress to the President.” 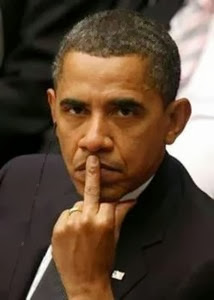 It is in this light that we must understand President Obama’s recent decision to go it alone without Congress, to set (for example) fuel efficiency standards for delivery trucks.

“Obama said ordering the Department of Transportation and the Environmental Protection Agency to develop new standards for the 2018 vehicle model year, and beyond, is an example of the kind of steps he intends to take on his own to bolster the economy when he thinks Congress isn't doing its job.”

This is no small matter.  The U.S. Constitution says that “all legislative powers herein granted shall be vested in a Congress of the United States.”  When a president usurps a power that the U.S. Constitution explicitly assigns to Congress, it is nothing less than a partial coup.  In fact, at this late date, it is a partial coup occurring toward the end of a long series of partial coups, which when completed will add up to a total Revolution.  If the American people do not soon recognize what is happening (and find a way to stop it), we will find ourselves under a completely different kind of government, an absolutely unlimited government, without knowing how it happened.