Some are worried about what will happen as America continues retreating from world leadership and allowing her military to be further degraded. It could be the ugliest retreat since the first war in recorded history, almost 5,000 years ago. 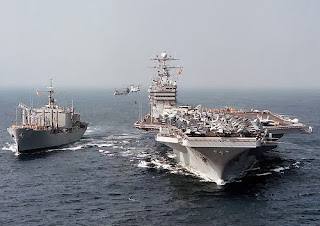 This weekend, I spoke at the Western Conservative Conference in Phoenix, Arizona. (And it was a pleasure to meet all of the Capitol Hill Daily readers in attendance!)

Many of the speakers at the conference focused on domestic problems, but the discussion turned chilling when we probed threats to peace and security around the world.

In one session, I shared the podium with Trevor Loudon, a native of New Zealand. I was fascinated by his unique perspective. Despite not being from the United States, he spoke with more passion about America and her strategic defenses than most Americans ever would.

You see, Loudon is worried about what will happen as America continues retreating from world leadership and allowing her military to be further degraded. It could be the ugliest retreat since the first war in recorded history, almost 5,000 years ago.

Loudon stated emphatically that a world with America in retreat is a more dangerous world, especially in regards to China. He reminded the audience that the leadership of China is still Communist. He admonished us to “not believe the propaganda that Red China has goodwill toward America.”

“They would collapse you in a minute, if they felt they had the strength and leverage to do it,” he said.

Trouble in the Pacific

Loudon is thankful because he believes that New Zealand would’ve been occupied by the Japanese during World War II without America’s help.

You see, while Japan was busy conquering the islands in the Pacific, most of New Zealand’s military was in Britain fighting the Germans. So the United States stepped in to help… and as the two countries fought together in the Pacific Theater, they gradually forged a strong relationship.

Today, Loudon believes that China wants to replicate Japan’s dominance of the Pacific Ocean… and that’s only possible if the United States gives up the ground.

On top of that, the Chinese are on the march in the Pacific. “Fiji is now pretty much a Chinese client state. Tonga is well on the way,” he shared. “If the United States goes under, we all go down. China will rule our region with an iron fist.”

Americans are mostly familiar with recent Chinese moves to cow Japan. But many of the nations in the region – from Vietnam to the Philippines and beyond – are concerned about China’s attempts to bully its neighbors.

In fact, China has already furnished money to build or redevelop ports in Sri Lanka and Pakistan, which are parts of a web of Chinese maritime installations called the “String of Pearls.” The String of Pearls conveniently surrounds China’s traditional Asian adversary, India.

Most of the nations that are concerned about China see the United States as the only countervailing force. But if America continues to retreat and weaken her defenses, many of these countries will have no choice but to cut independent deals with China and its governing entity, the Communist Party of China.

This commentary originally appeared at CapitolHillDaily.com and is reprinted here with permission.